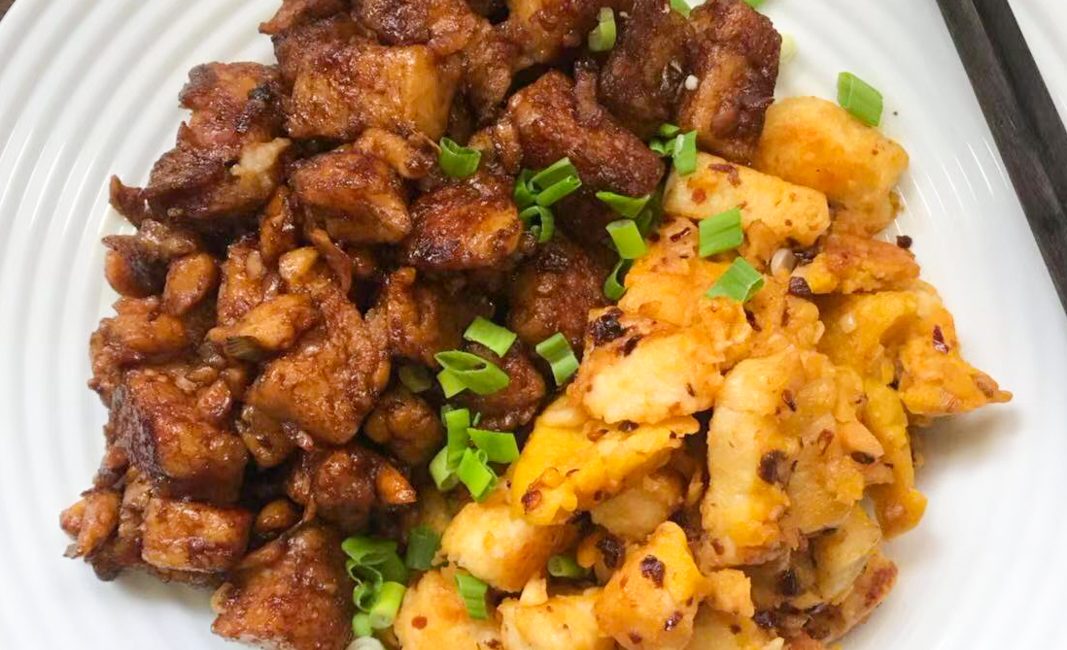 Chai tow kway is a childhood favourite of many Singaporeans and Malaysians. I honestly have never met anybody who doesn’t like chai tow kway. (And if they exist, I probably don’t want to meet them!) This delicious, chewy, salty-sweet dish has been a love of mine since I was a child.

As this dish is made with radish, people are often confused about why it’s called carrot cake. Well, that is because both radish and carrot are called 萝卜 (luo bo) in Mandarin and 菜头 (chai tow) in Hokkien. As it seems, something got lost in translation.

If you live in Singapore / Malaysia, you can actually buy ready-made radish cakes which makes it much easier to reproduce this at home. However, since we are not in either of those places, I am also sharing the recipe on how to make it yourself. Making your own radish cake is also very satisfying because you can have a higher ratio of radish to flour.

When ordering chai tow kway at a hawker stall, you typically get asked if you want black or white. You can even have 鸳鸯 (yuan yang), which is half and half. I prefer the sweeter black version and my partner likes the white version with chilli.

If you are looking for the other Chinese carrot cake, you will find it Lo Pak Go (萝卜糕) Cantonese Radish Cake. 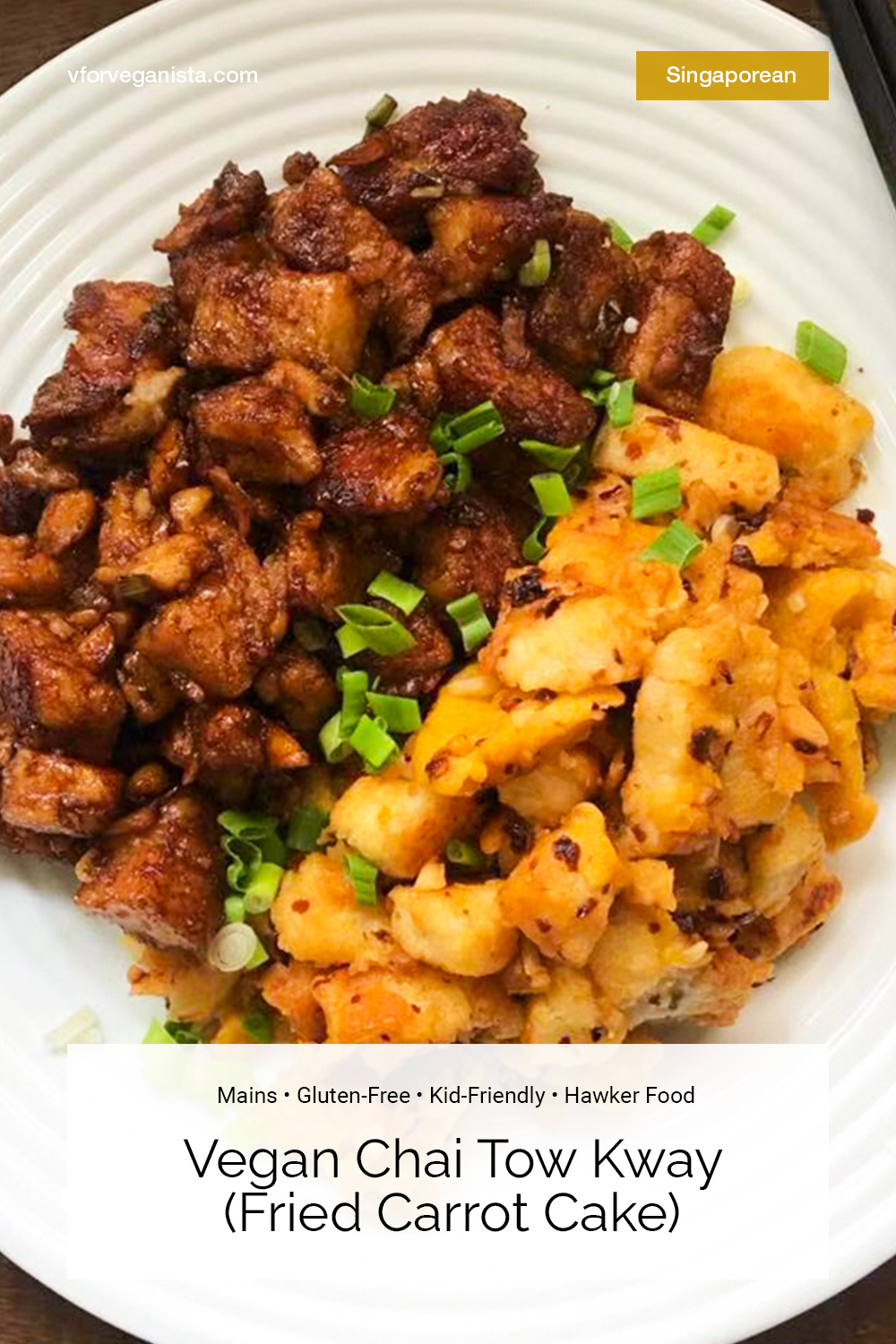 For Black For White

After you grate the radish, weigh it again. My radish weighed 600g before grating and became only 420g after grating.

You may have to recalculate the amount of rice flour and water. The ratio of grated radish : rice flour : water is 3 : 1 : 1.25